The Nagasaki Memorial Hall stages special thematic exhibitions showcasing memoirs from the collection in order to convey the tragedy of the atomic bombings. Materials are translated into English, Chinese and Korean in order to introduce them to visitors from overseas.

Concurrent with the 7th Exhibition: Remembrances of the Atomic Bombing; Memoirs in English, Chinese and Korean 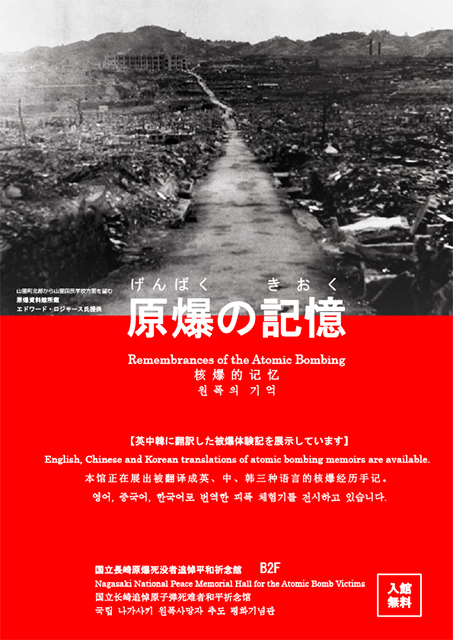 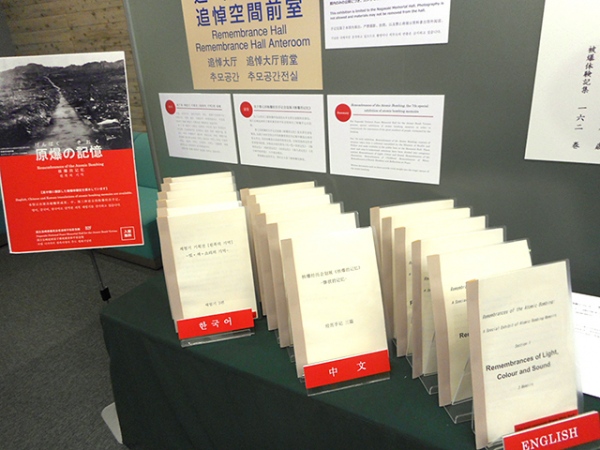 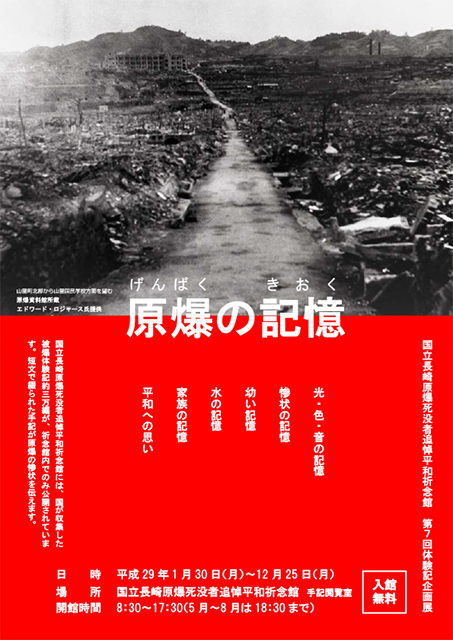 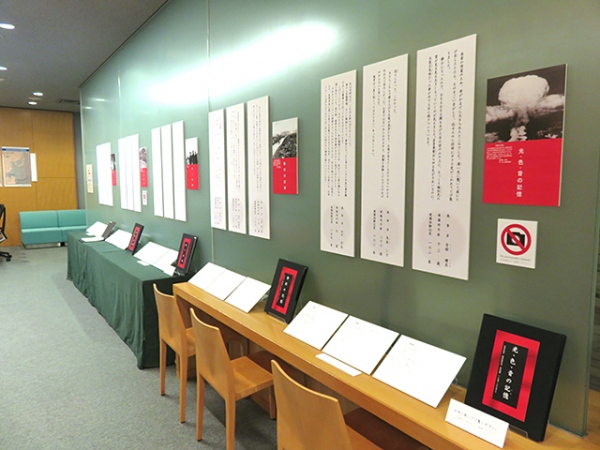 Concurrent with the 6th Exhibition: Children in the War 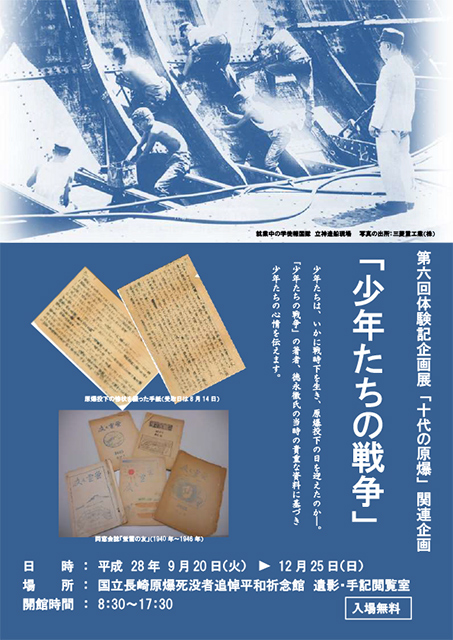 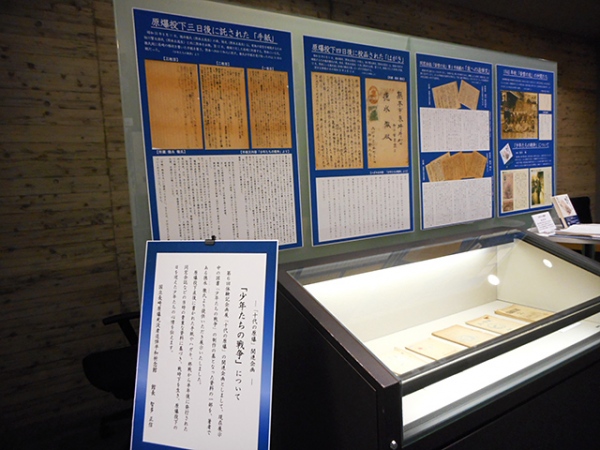 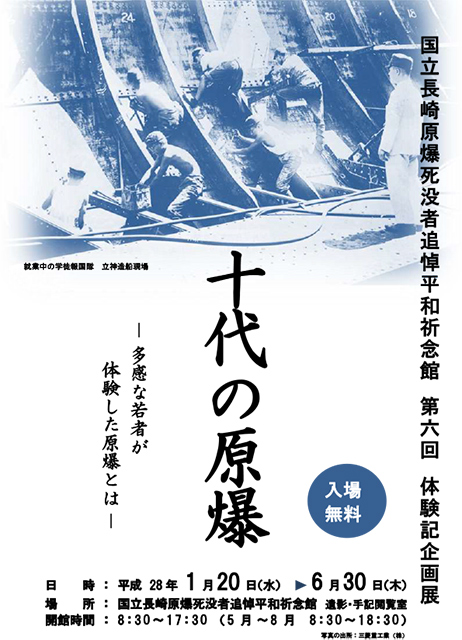 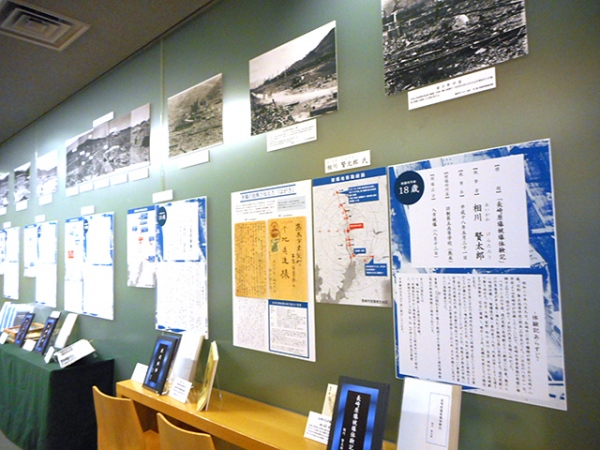 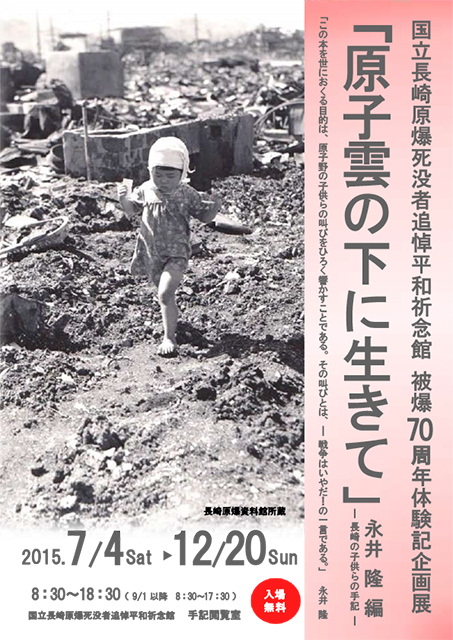 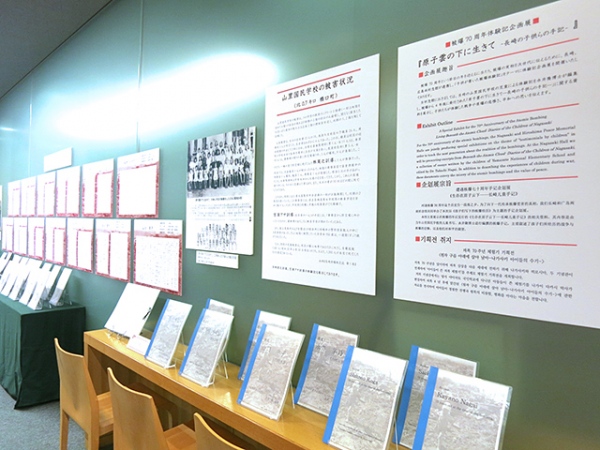 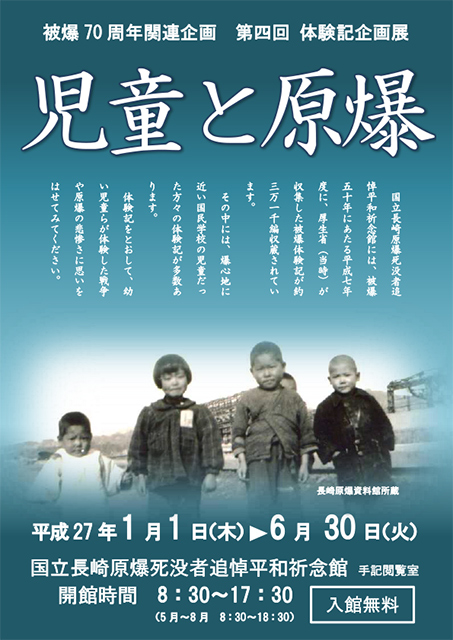 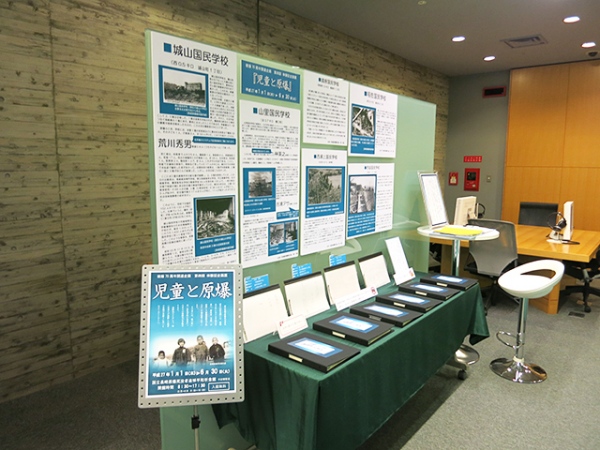 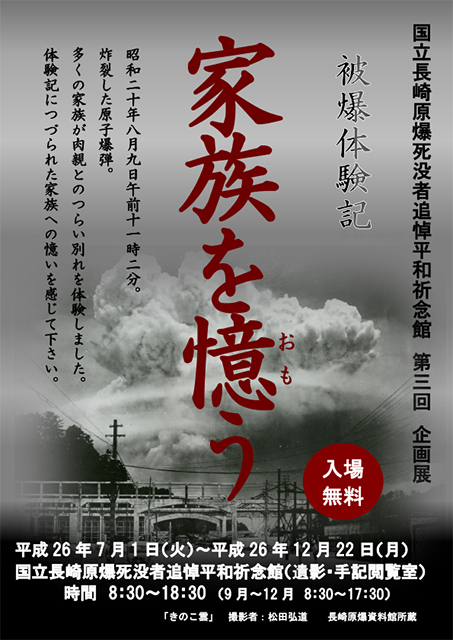 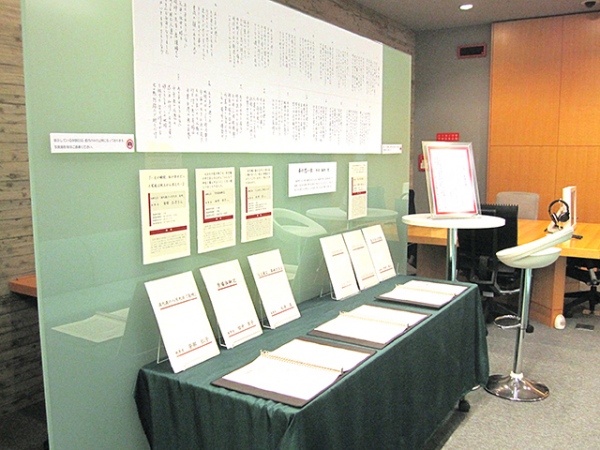 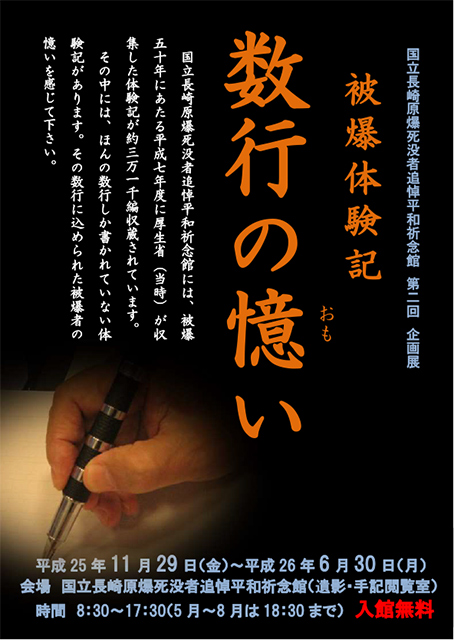 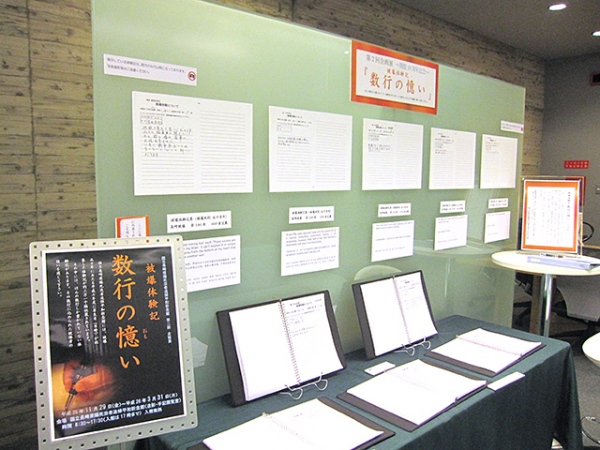 1st Exhibition: My Experiences in the Atomic Bombing 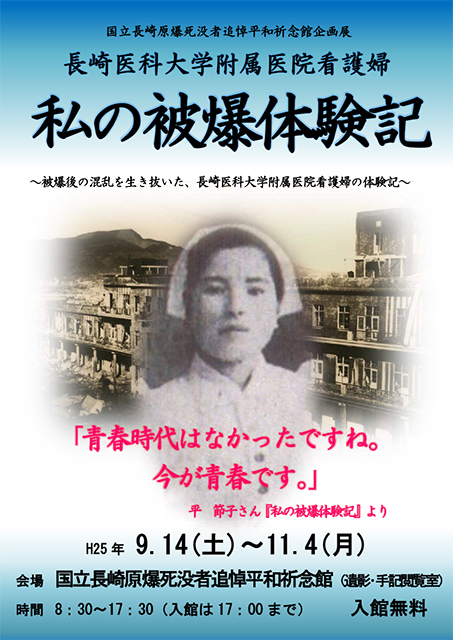 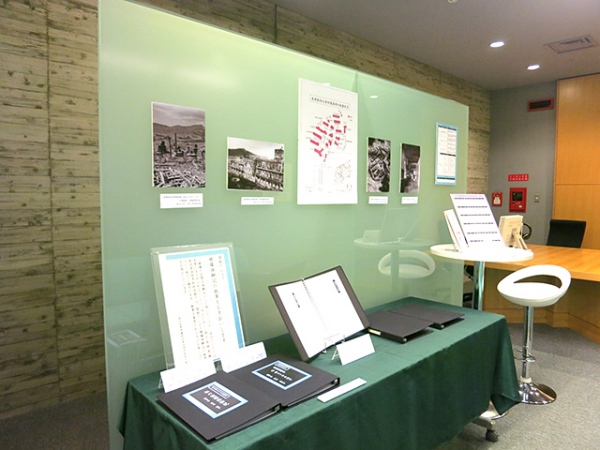